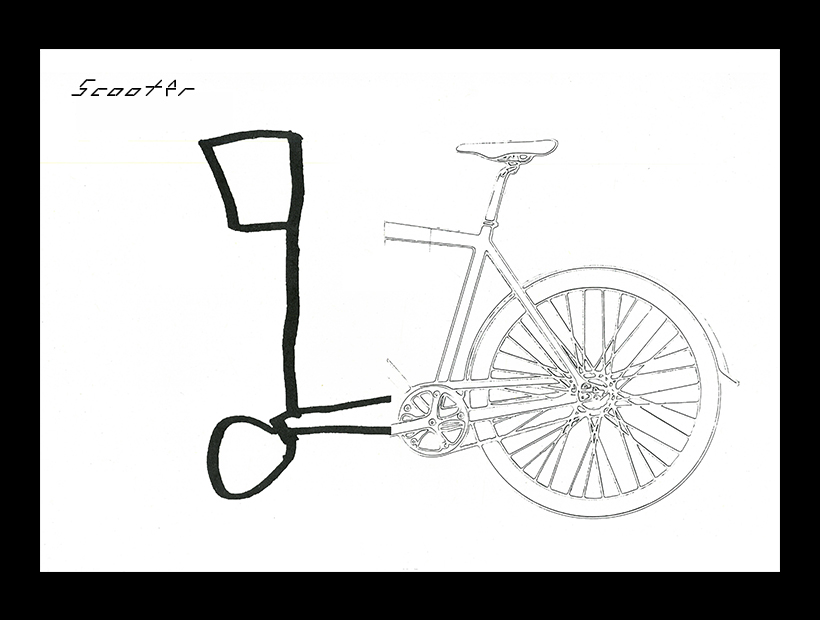 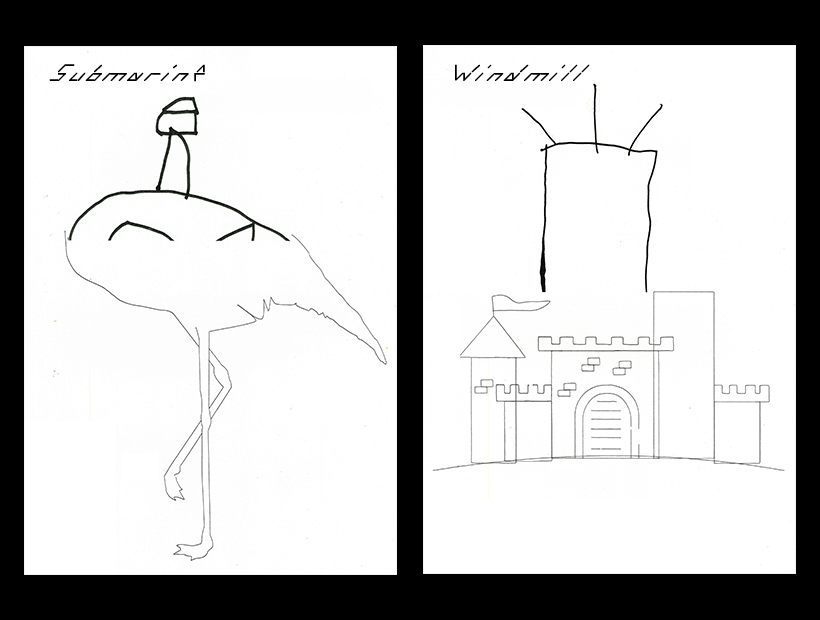 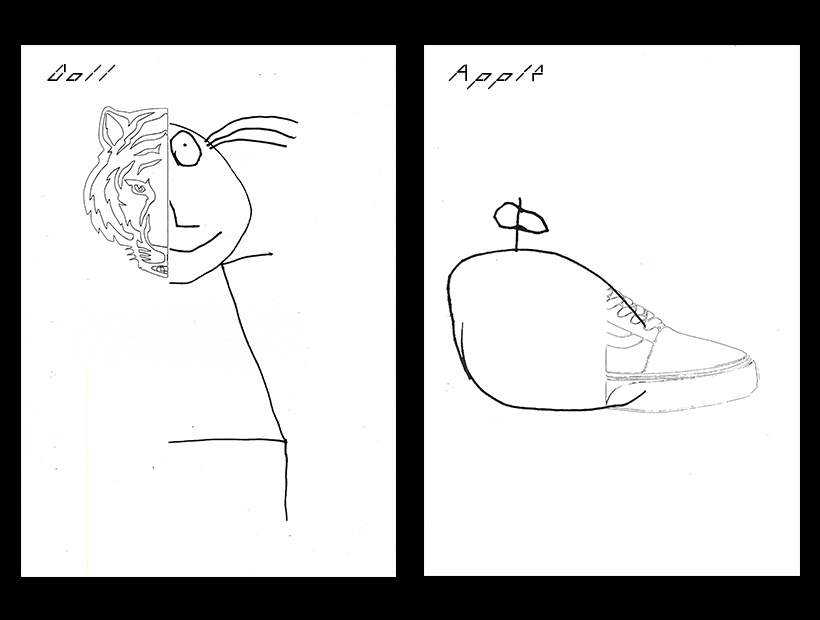 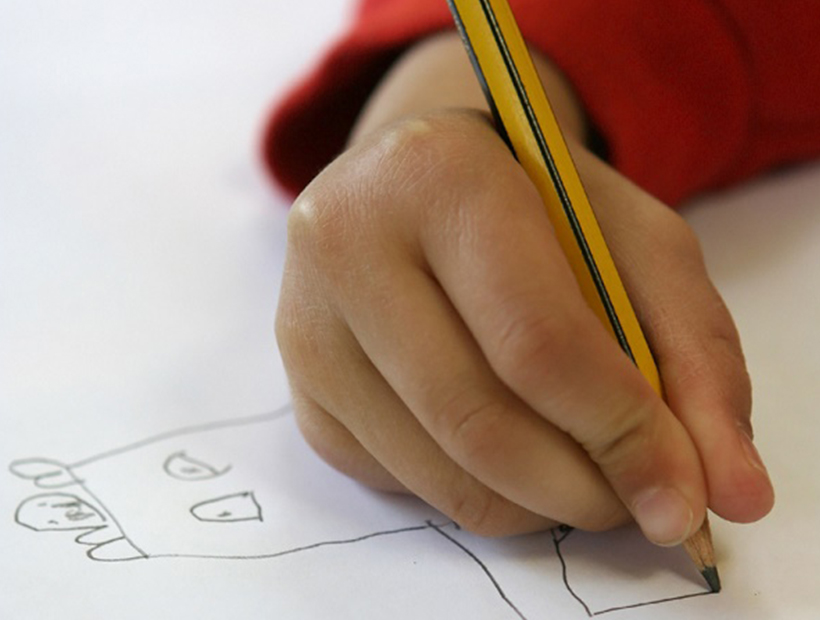 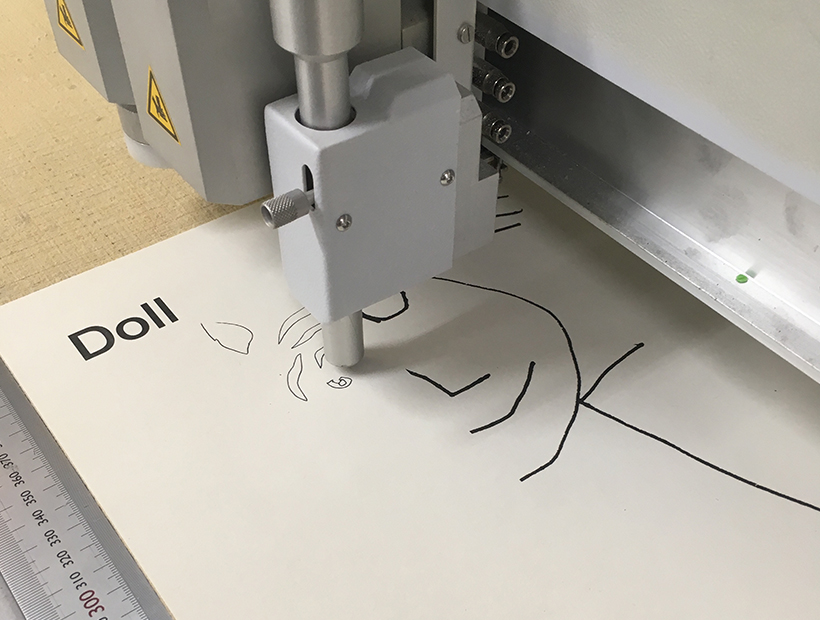 An ongoing project exploring human and robot collaboration. A series of drawings are produced between a five year old and an image recognition AI.

A child draws half of a particular object and using Google's Quickdraw dataset the machine attempts to finish off the drawing. Thus creating an outcome neither would have arrived at initially. 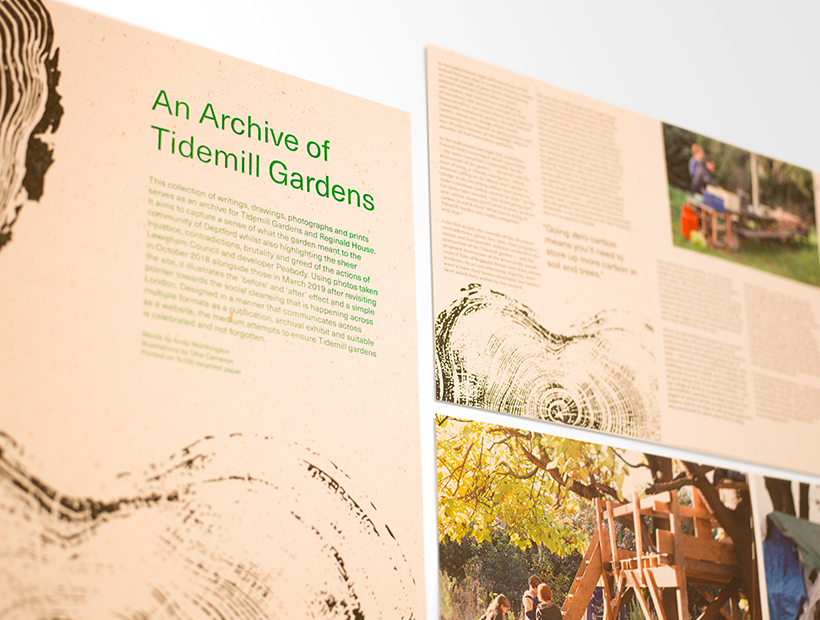 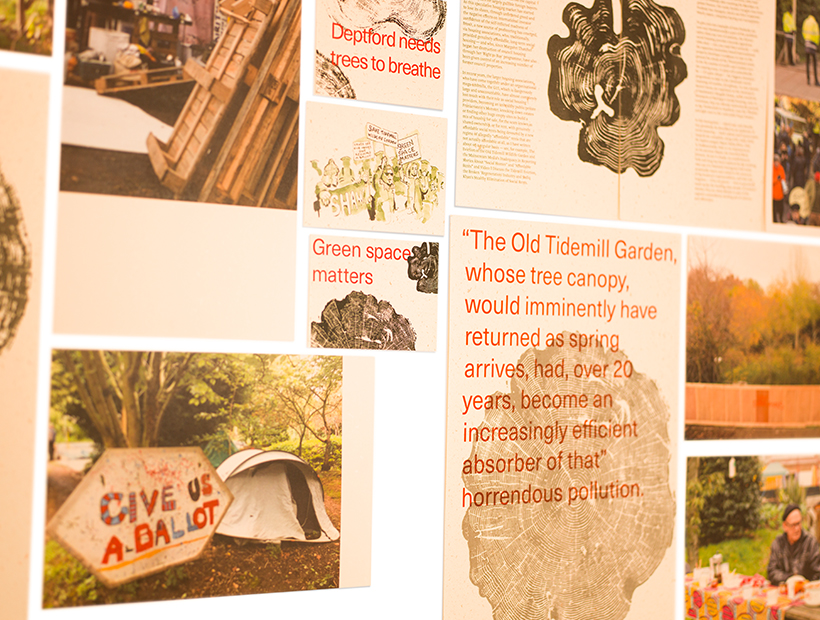 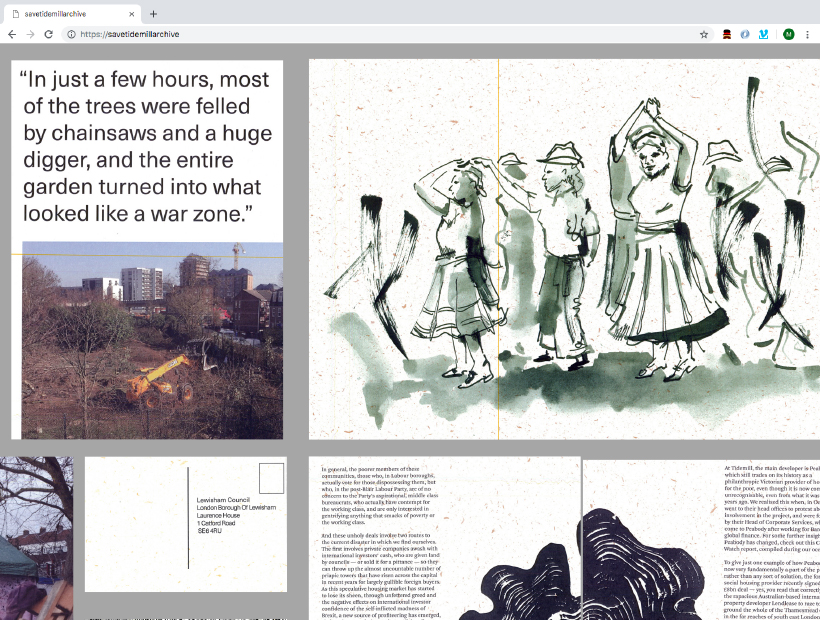 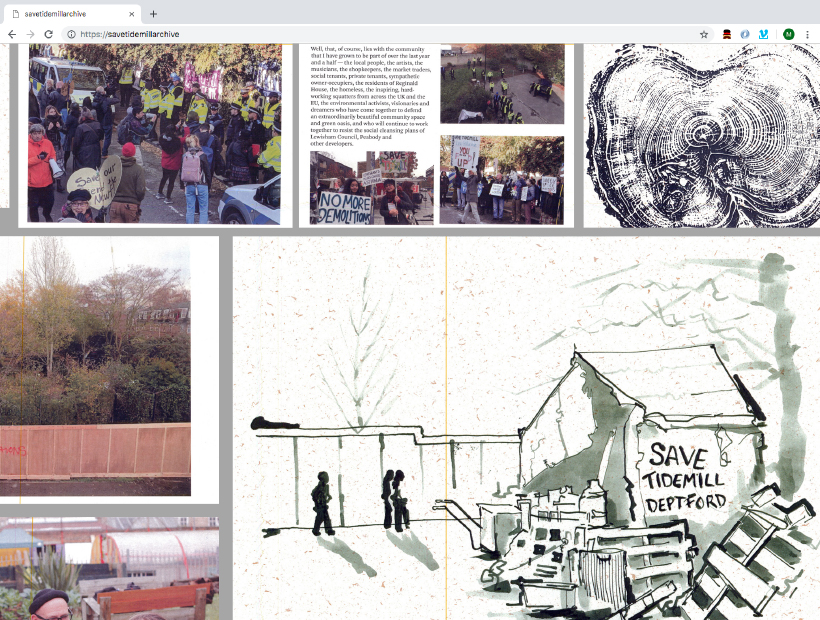 An Archive of Tidemill Gardens

This collection of writings, drawings, photographs and prints serves as an archive for Tidemill Gardens and Reginald House. It aims to capture a sense fo what the garden meant to the community of Deptford whilst also highlighting the sheer injustice, contradictions and brutality and greed of the actions of Lewisham Council and developer Peabody.

Using photos taken in October 2018 alongside those in March 2019 after revisiting the site, it illustrates the ‘before’ and ‘after’ effect and a simple pointer towards the social cleansing that is happening across London. Designed in a manner that communicates across multiple formats as a publication, archival exhibit and suitable as a website, the medium attempts to ensure Tidemill Gardens is celebrated and not forgotten.
W/ Harry Balchin 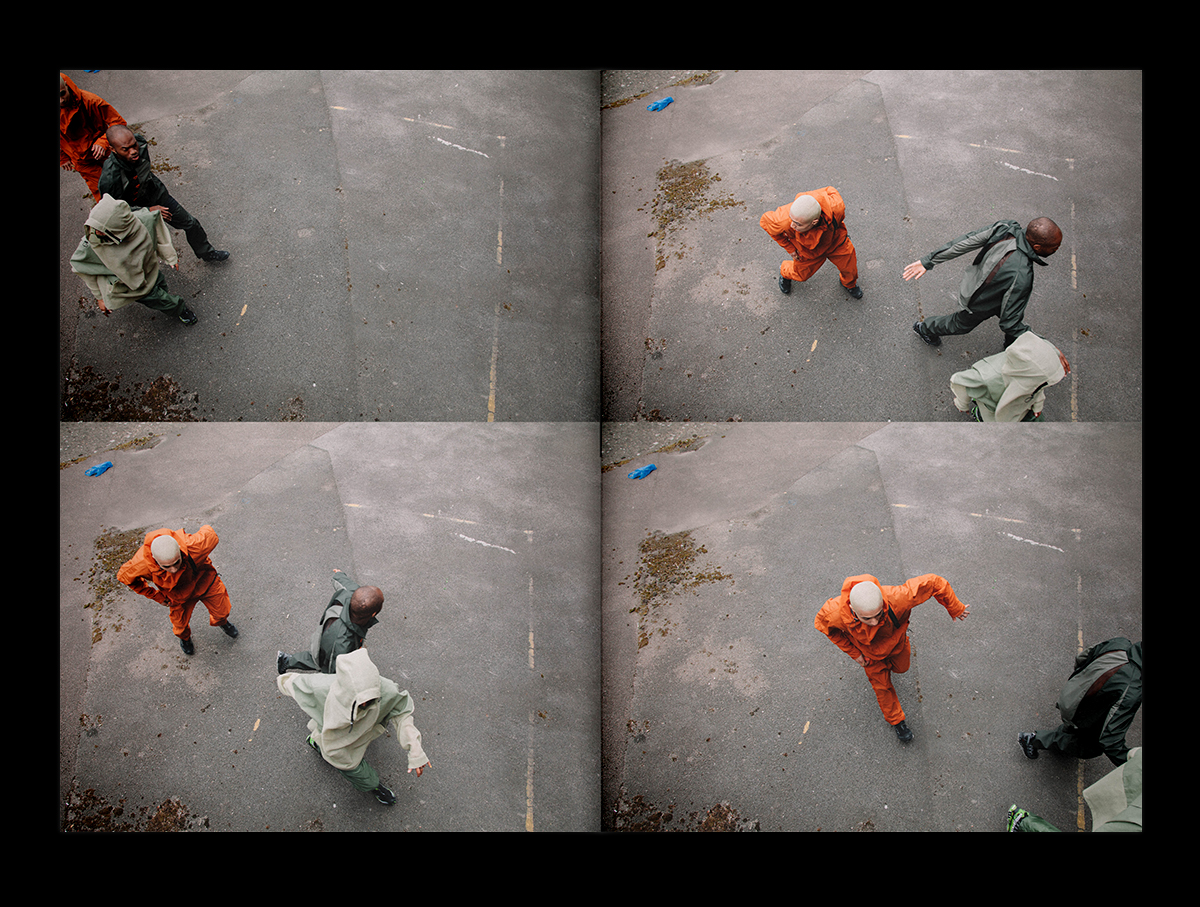 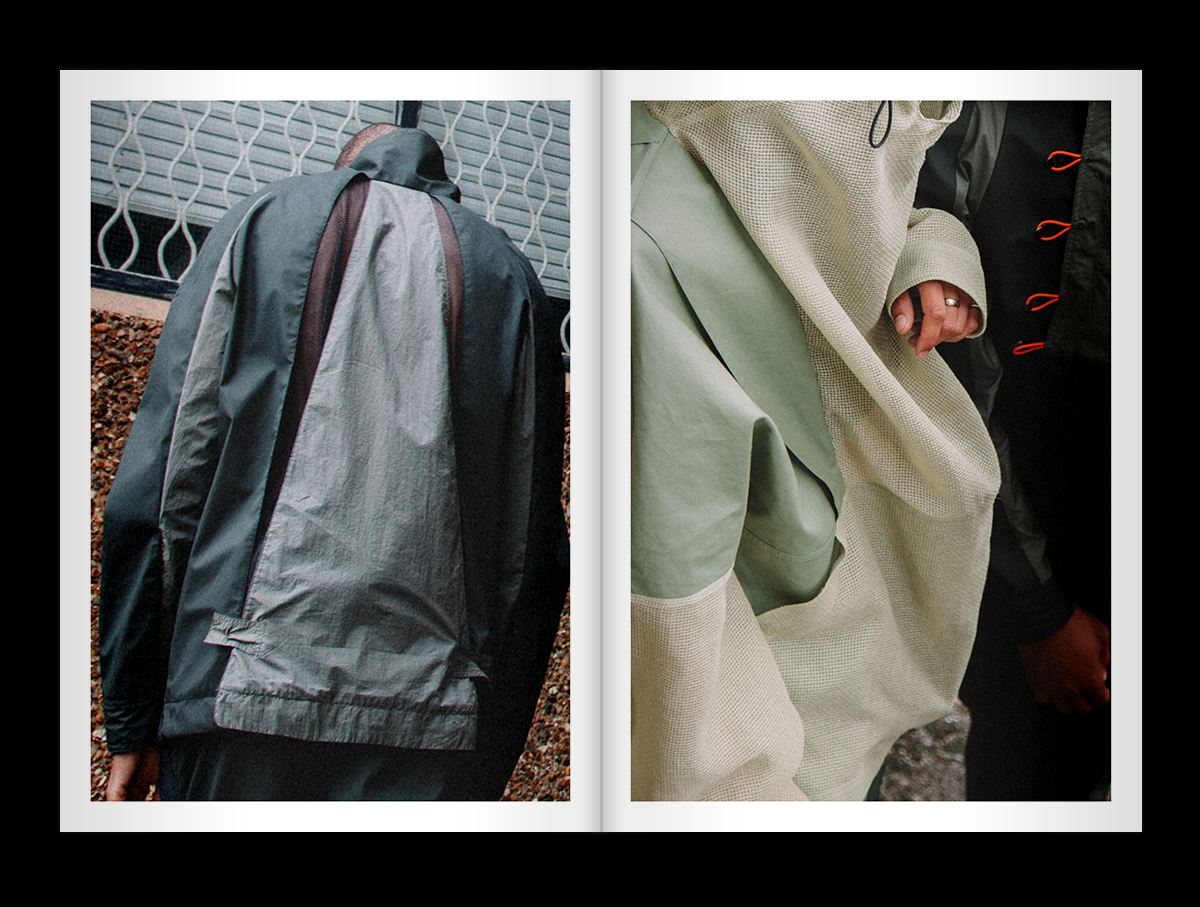 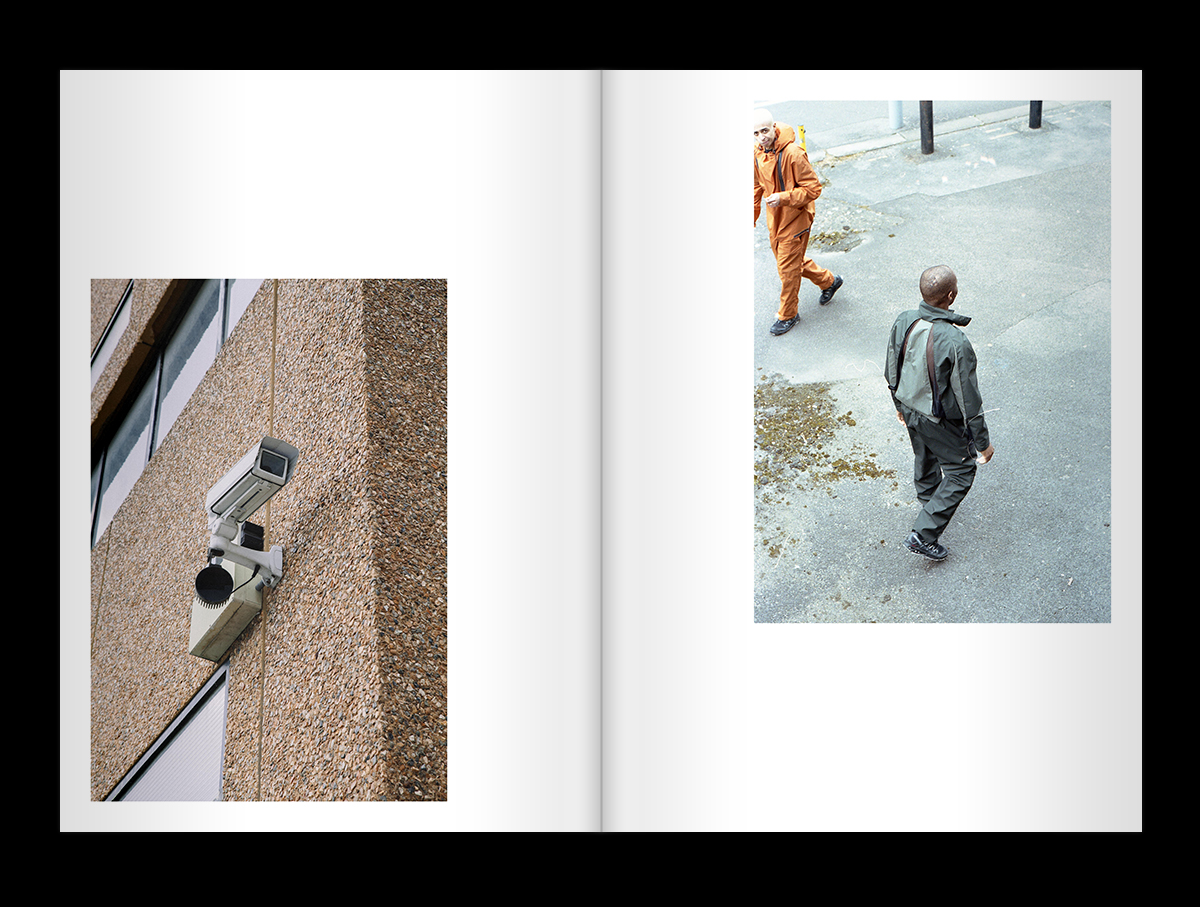 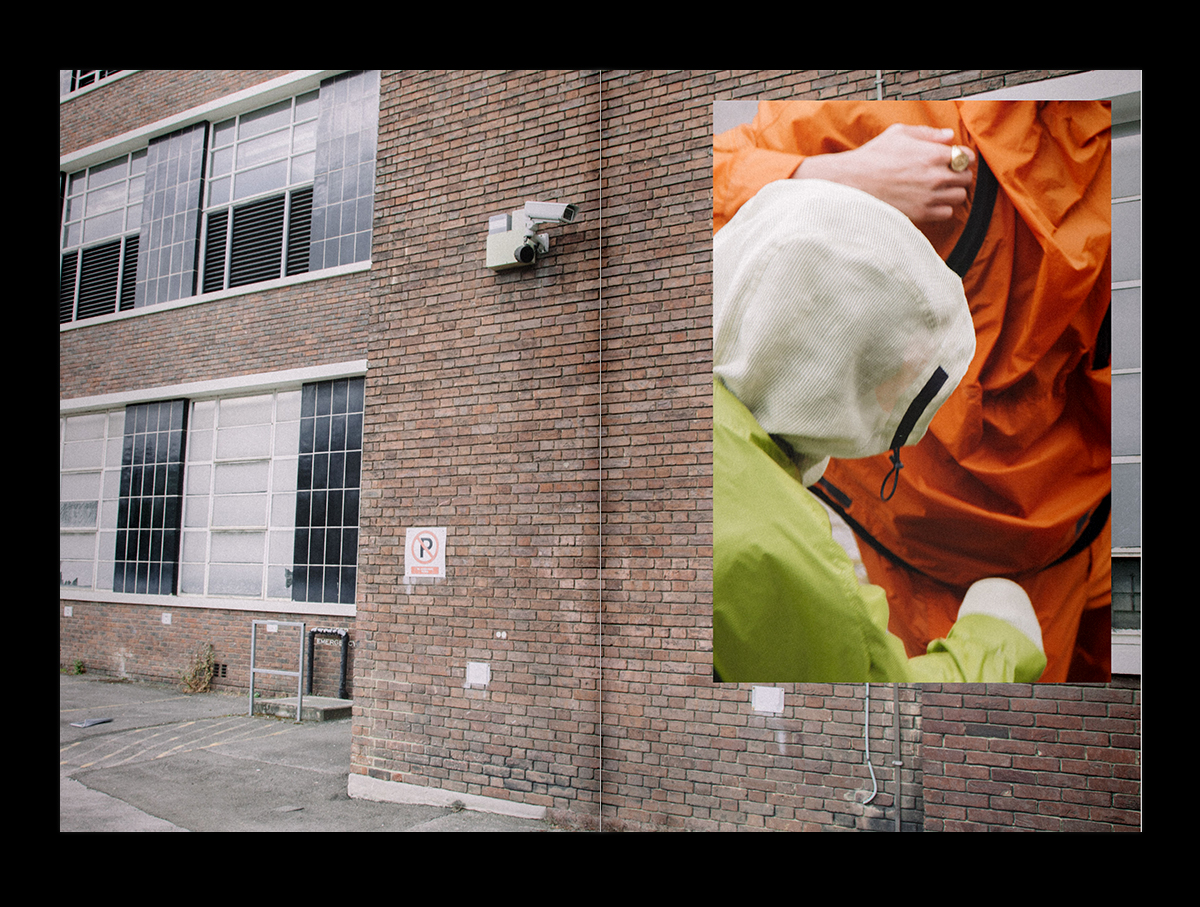 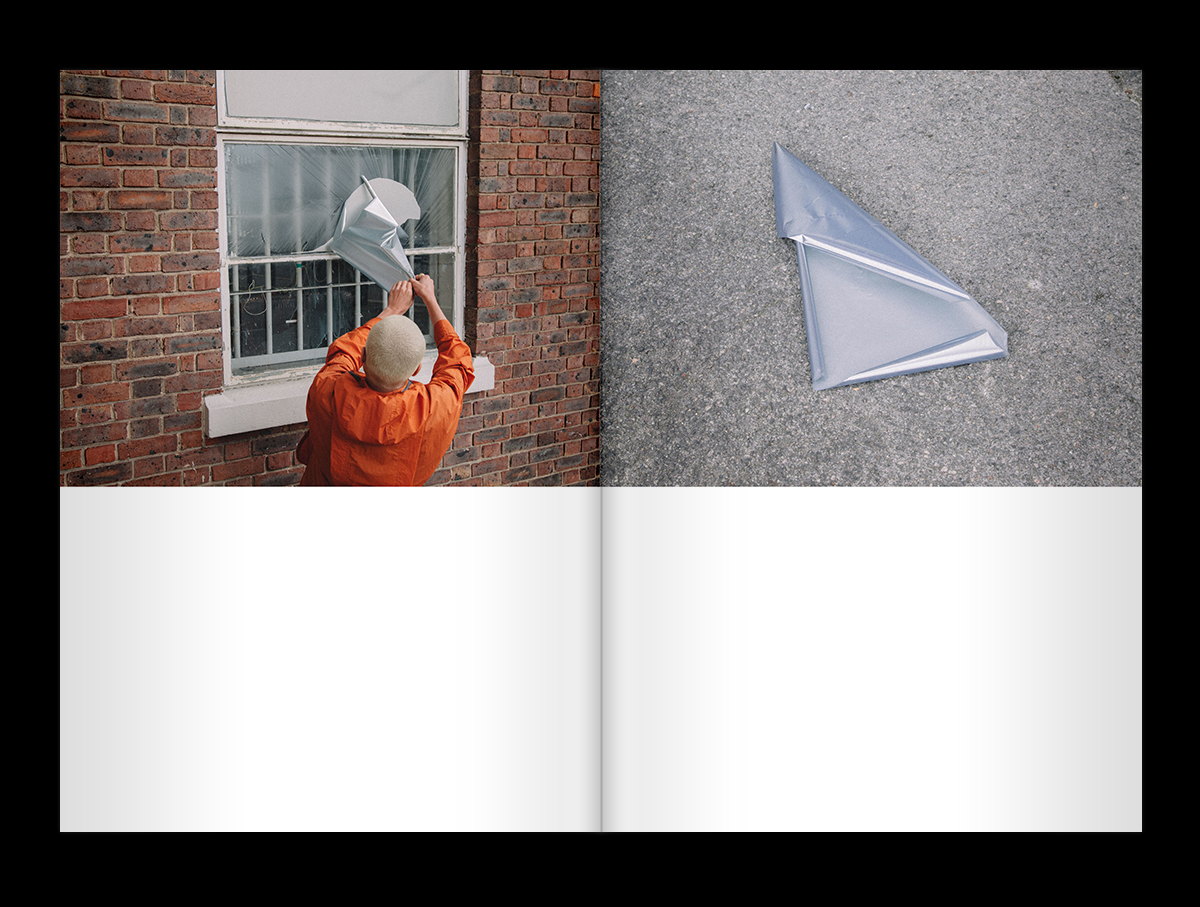 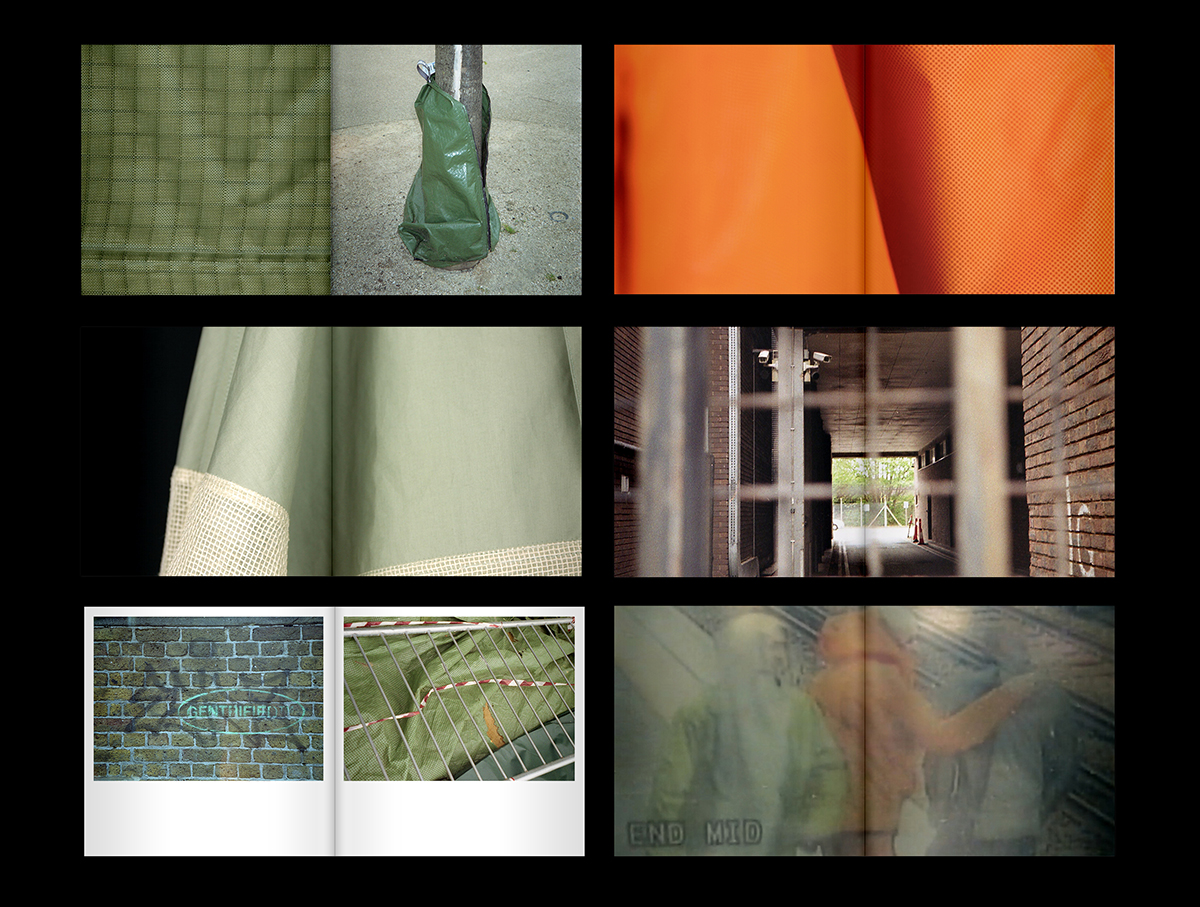 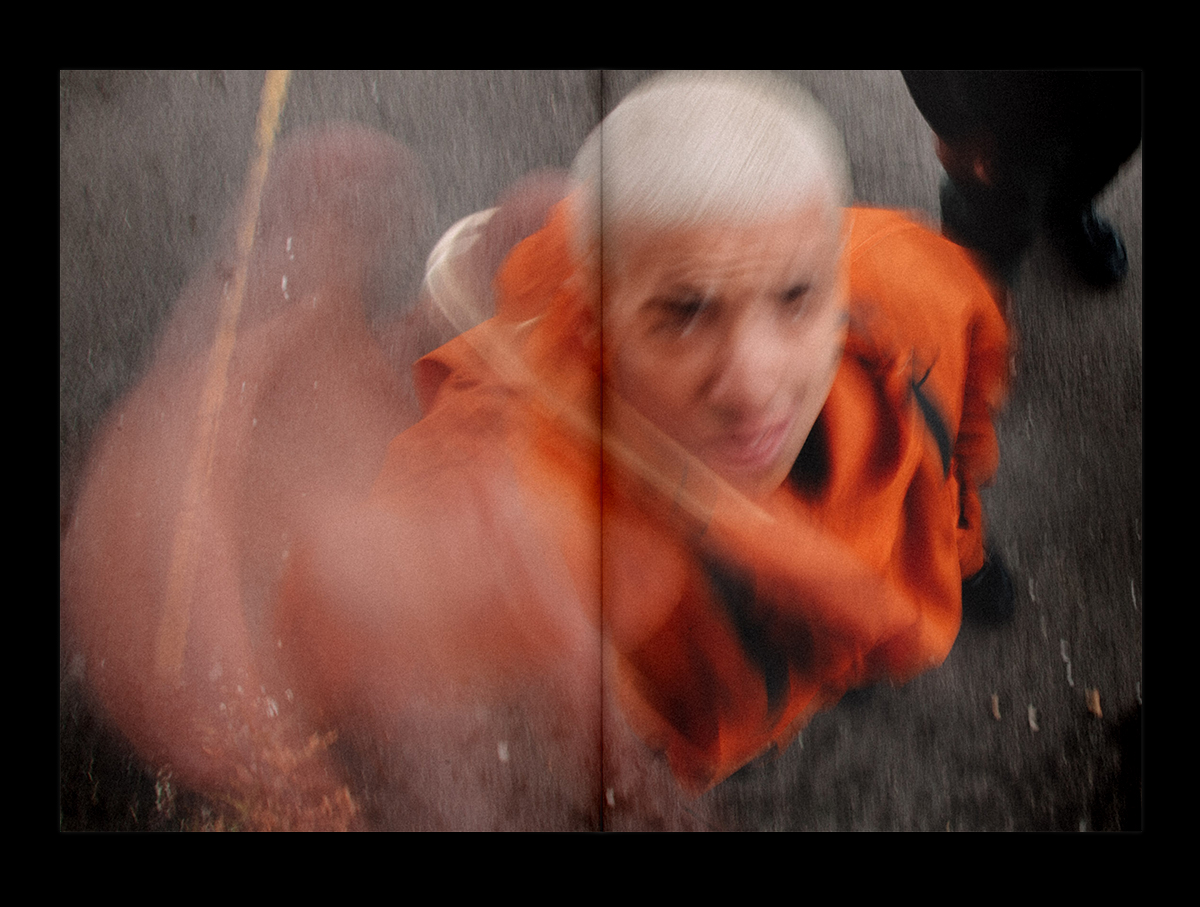 Layout and book design displaying the final collection of fashion designer Orlanda James. Orlanda’s six final garments use the hoodie as a way to focus on themes of masculinity, surveillance and mental health. 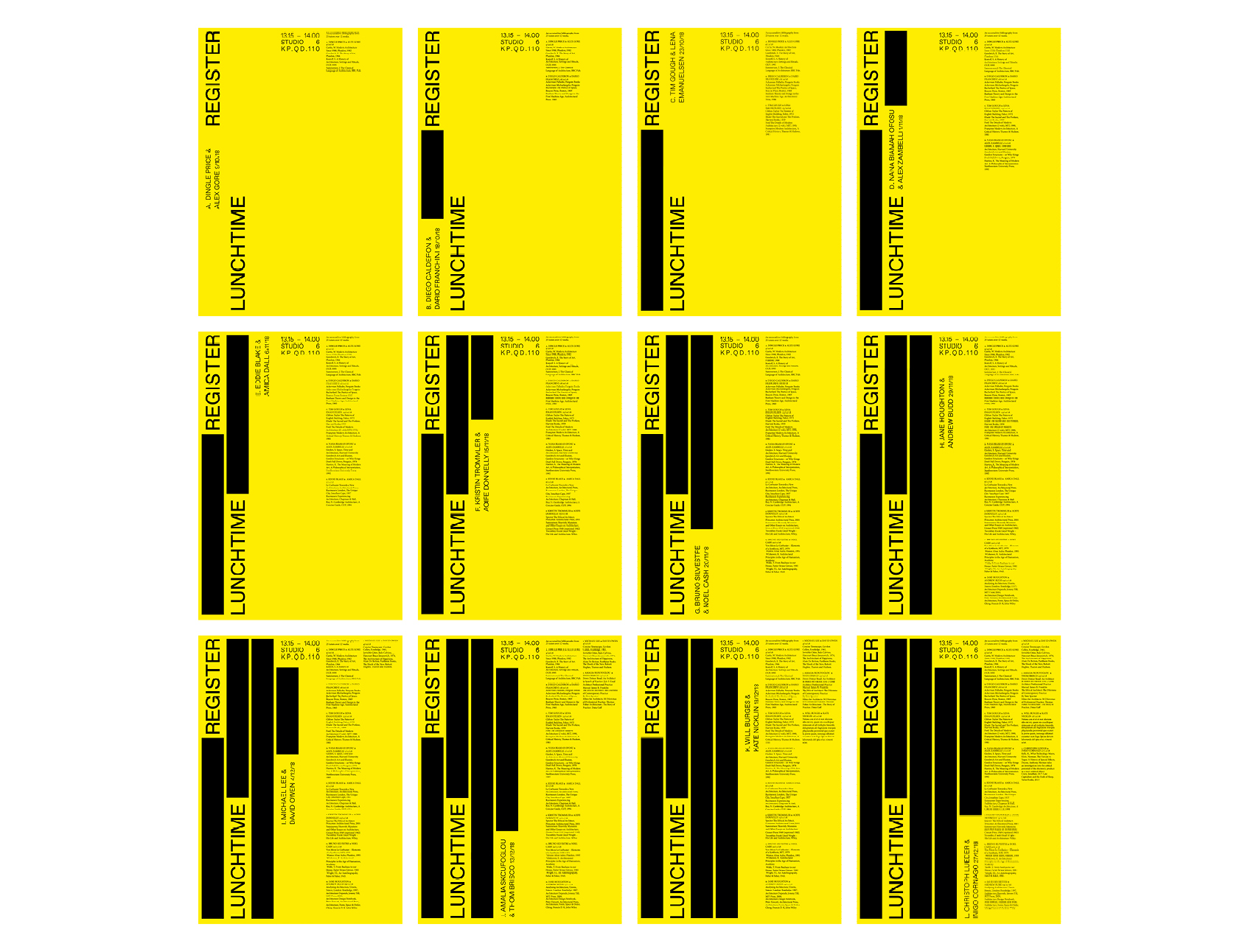 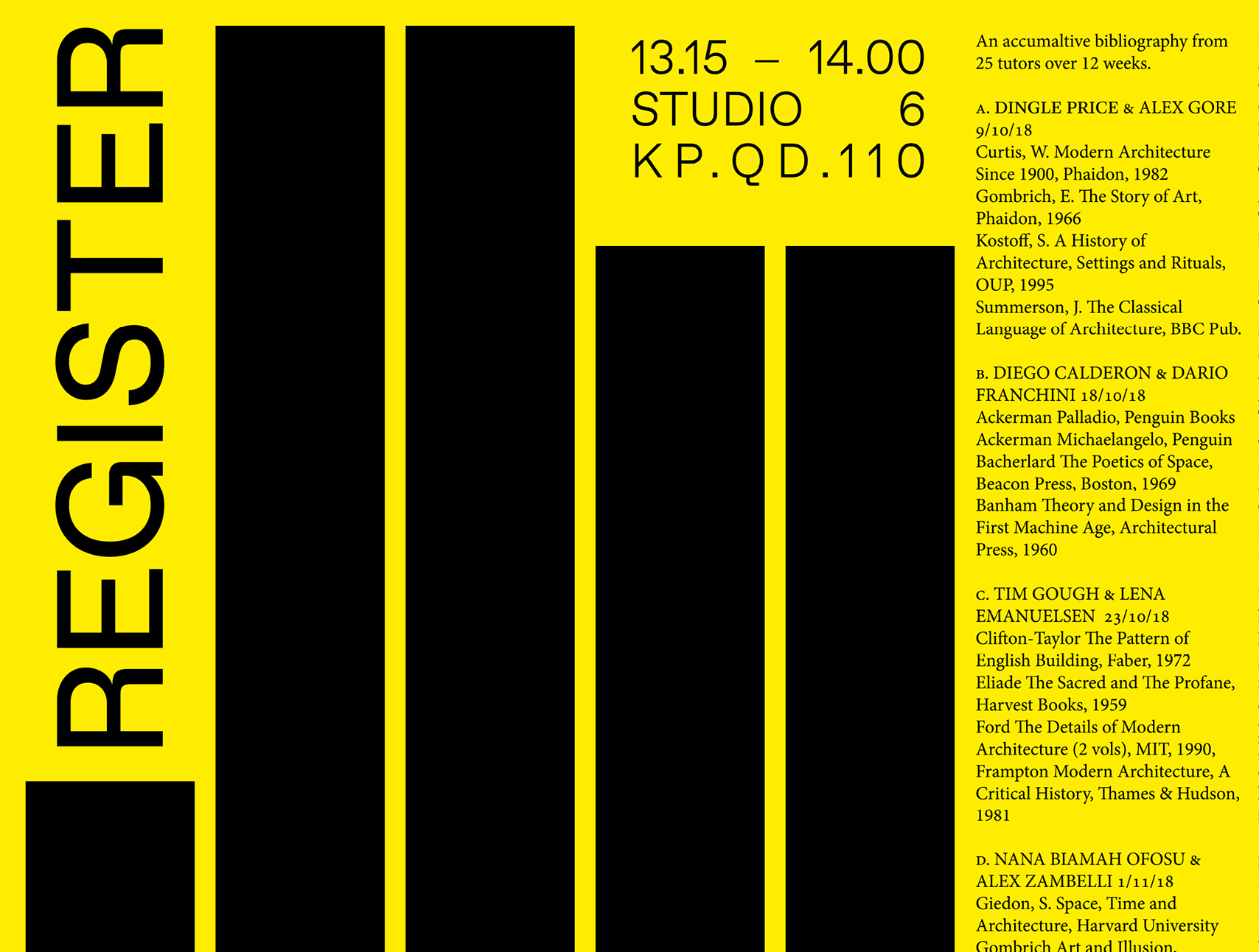 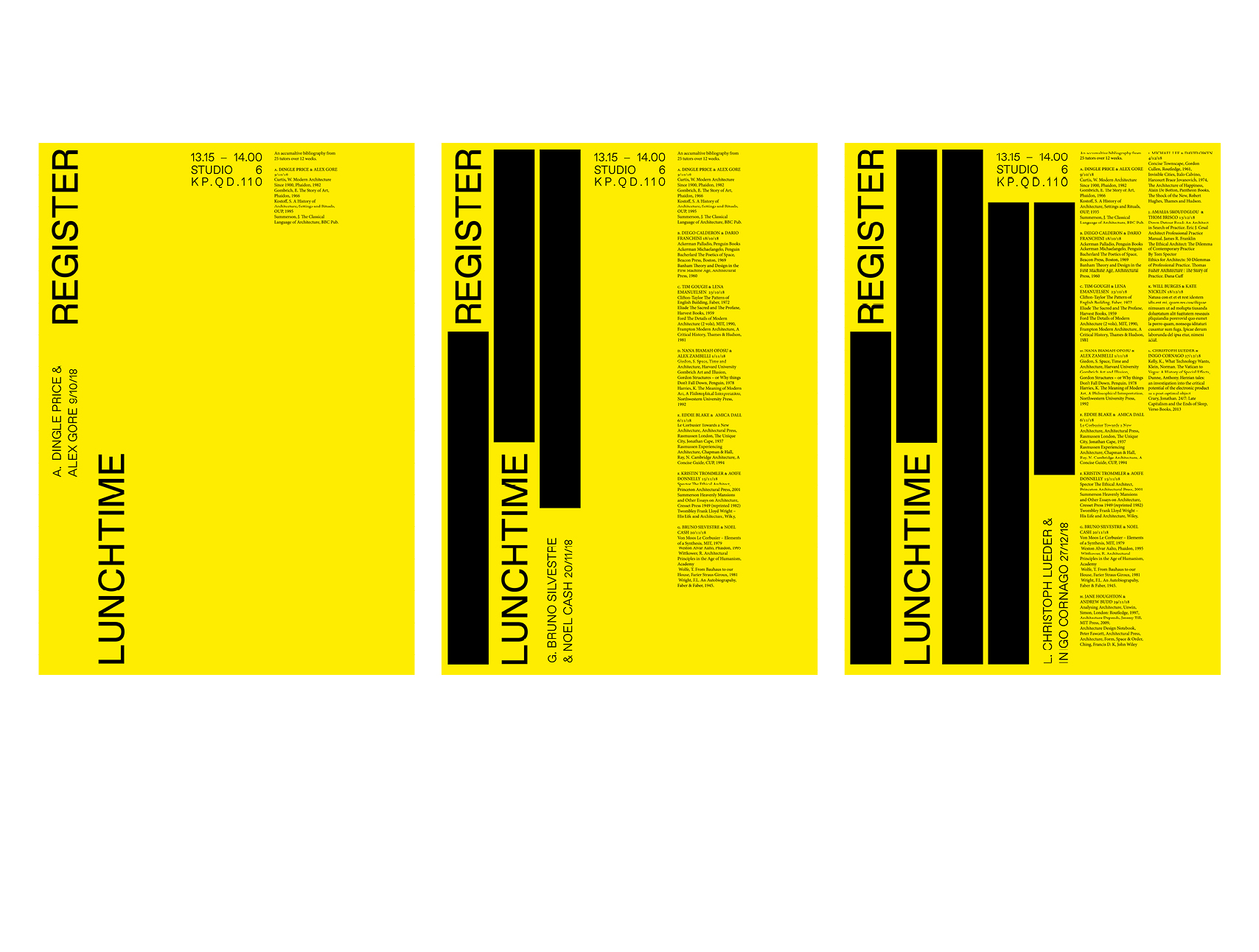 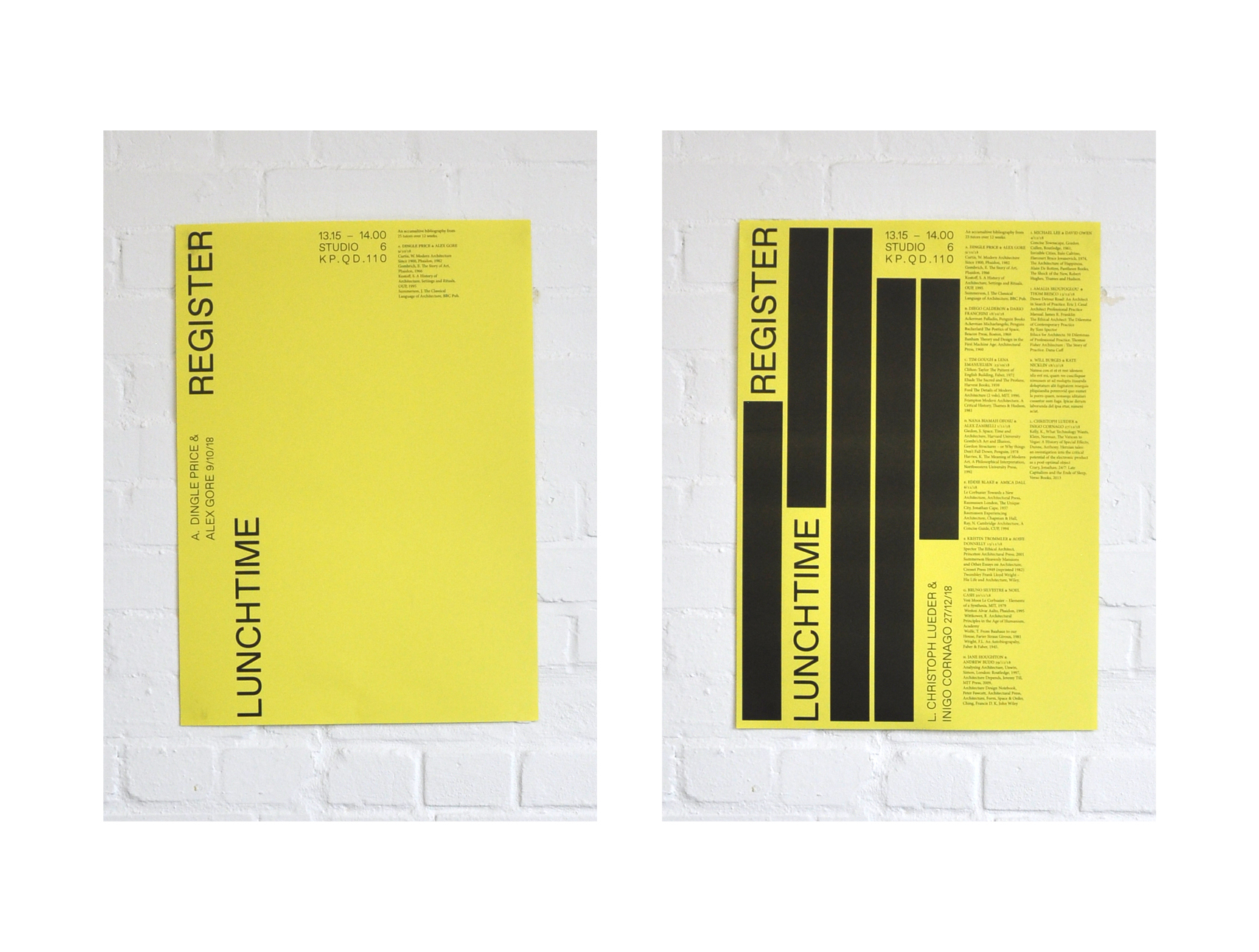 A series of proposed posters made for the lunchtime lecture series for BA Architecture.

Over the course of 12 weeks, 24 tutors selected their 10 most influential books to compile a bibliography. The posters were printed on the same piece of paper. Each week they were collected and fed back through the printer simply blocking over the name and adding the new entry to the bibliography each week.
W/ Francis McCullagh 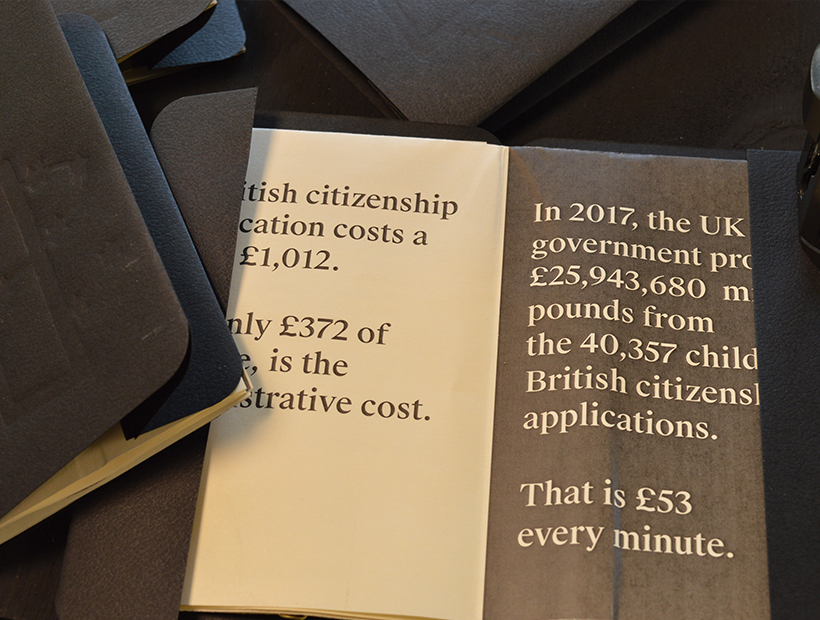 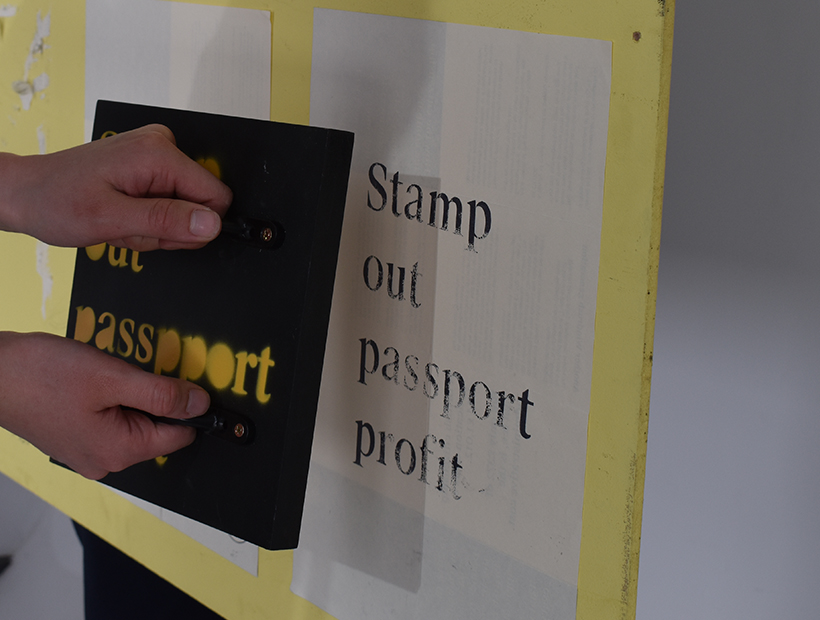 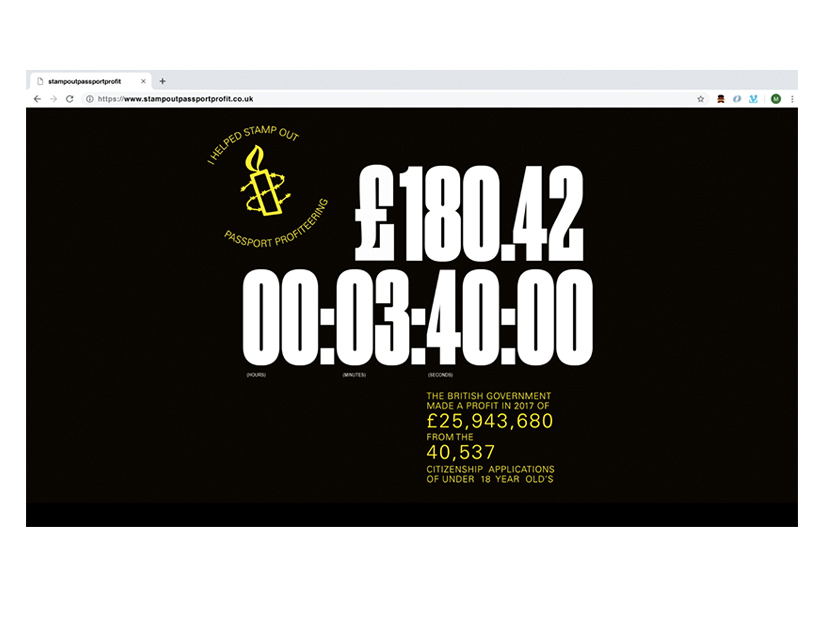 Stamp Out Passport Profit aims to tackle this issue by raising awareness and put pressure on the government to lower the fee. Using the visual language of passport stamping, members of the public were encouraged to design their own posters using large stamps, the posters then folded down into a small passport guide containing more information on the issue and further instructions on how to act. As we collected more signatures, more stamps were added to the board.
W/ Harry Balchin, Sam Pratt & Eliza Wallis 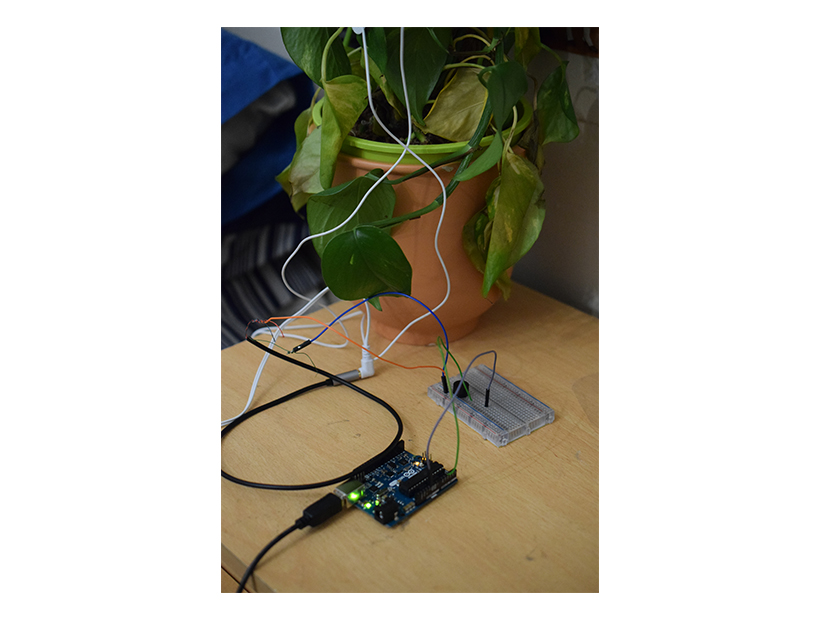